Leading India’s Future Today (LIFT) is dedicated to developing leadership excellence in motivated and talented youth in Tamil Nadu, India. LIFT provides quality education and a home environment for youth with high potential who would typically be denied schooling due to limited access to resources.  LIFT students and staff are committed to transforming their society from within to help combat poverty, unemployment, and disease.

LIFT is a 501(c)3 nonprofit organization.

LIFT USA in the U.S. is supported by a Board of Directors, one part-time contractor, and a volunteer fundraising committee. 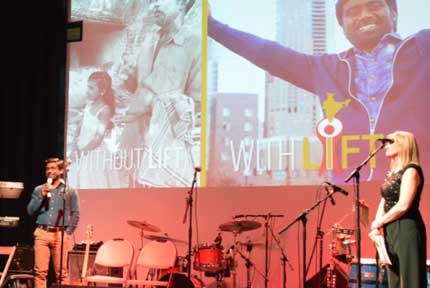 LIFT was inspired by the dream of four Indian priests who looked at their struggling community and orphaned children and asked; what more can we do to make an impact?  They felt that education was the best way to empower youth and create sustainable transformation. One of these priests, Fr. Jamels James traveled to Chicago to continue his studies. In Chicago he met Fr. Jack Wall of Old St. Pat’s Church who shared this belief in the power of education. Fr. Jack and a group of motivated volunteers enthusiastically began supporting Fr. Jamels in his work to raise children out of poverty to become the next leaders of their community.

For nearly 20 years, LIFT in India has been able to grow and flourish due to this ongoing relationship with U.S. donors. Since its inception, LIFT has educated on average 70 students per year, supporting students in primary through graduate school. More than 25 students have completed their undergraduate university education with LIFT. A number of these graduates are members of LIFT 2.0, a group that gives back to the program through donations and mentorship of current students.

In addition to tuition and leadership training, LIFT provides a loving home environment for its children. LIFT employs professionally trained adults that supervise the students and live in the boarding facilities, drivers that transport students to and from school, and cooks who prepare nutritious meals.

Today, LIFT is a shining light in Tirunelveli, Tamil Nadu, India. Local business and community mentors support the students and teachers. Outside visitors to LIFT are continually impressed by the children’s work ethic and positive spirits. LIFT students continue to develop their talents and gifts with the understanding that they will use their skills to improve their communities and society. 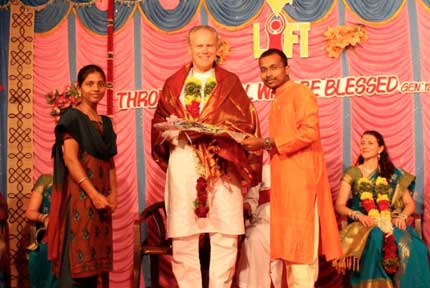 LIFT USA’s board of directors is the organization’s governing body, elected by members. It is responsible for initiating action in support of LIFT’s mission, goals, and programs, including expansion of LIFT’s outreach, visibility and donor support. All board members are volunteers, serve without compensation, and make an annual financial contribution to LIFT. 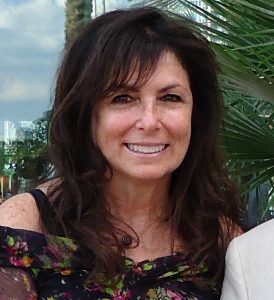 Michele is a non-profit leader and a lifelong educator.  She has strategically led non-profit organizations to bring missions to realities and to position for strong futures. Michele enjoys traveling, her friends, her family, and being on LIFT’s team. 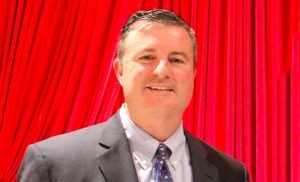 Liam was born in Bronx, New York, but spent most of his childhood years in Pearl River, New York. He attended the University of Notre Dame where he graduated with a B.A., majoring in American Studies, in 1987. Upon graduation, Liam worked for The Cook County State’s Attorney office from 1987-1990, and attended Loyola Graduate School of Business at night, receiving an MBA, with a specialization in Finance, in 1990. He later attended DePaul College of Law, and graduated with a JD degree in 1993.

Later that year, Liam started his career in the financial services industry at Mesirow Financial, where he was employed as a corporate bond analyst. While at Mesirow, he later switched over to institutional equity sales. Liam continued his career working as an institutional equity salesman at ABN AMRO, First Union Securities, and JP Morgan Securities. In January 2002, Liam started working for William Blair and Company and he is currently a Principal and manages the New York region.

Liam is actively involved in Old St. Patrick’s Church serving as a member on the Journey Forward Capital Campaign steering committee. Liam was lucky enough to have met his wife Roseanne, also a LIFT member, at Law School. Liam and Roseanne have five children and reside in the Ukrainian Village neighborhood of Chicago, Illinois. 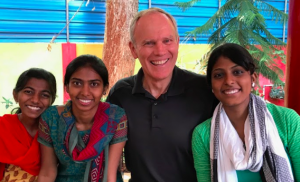 Michael grew up on a farm outside Fort Knox, Kentucky with his eight brothers and sisters and currently resides in the Lincoln Park neighborhood of Chicago. He holds both a B.A. in Philosophy and MBA from Bellarmine University in Louisville, Kentucky. Michael has spent his career in various segments of the glass industry, including retail, wholesale, manufacturing and fabrication; all culminating in a 1995 management buyout of Marsco Manufacturing. Under his leadership as CEO, Marsco grew significantly and pioneered new technologies, leading to its transformation to Engineered Glass Products in 2004.

Michael is the proud father of four sons, three of whom also live in Chicago and eight grandchildren. Michael serves as a lector and hospitality minister at Old St. Patrick’s Church, a Board of Trustee member at Bellarmine University and is a Director of the privately held Iowa Glass company. In his free time, he loves to travel and play golf – preferably traveling to a new location to play golf! 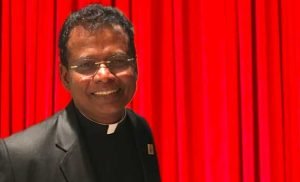 Jamels was born in Pettai, Tamil Nadu, India. After being ordained as a priest in 1989, he worked as a secretary to his bishop and was associate Pastor at the St. Francis Xavier Cathedral. He also served as Lecturer for three years at St. Paul’s Major Seminary. In 2003, along with four other Indian priests, he started EXCELL (now LIFT) in India to cultivate leadership excellence among the poor, gifted children. 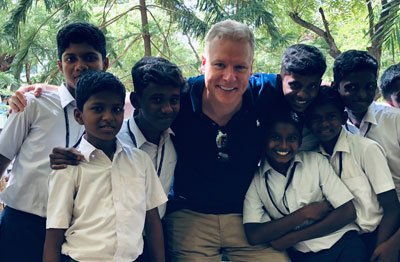 Jeffrey Madden is a Co-founder and Chief Executive Officer at ADvantage Therapeutics. His career spans more than 20 years in the investment management industry including Partner and Portfolio Manager at IronBridge Capital Management and Senior Vice President and Portfolio Manager at RMB Capital. He also worked at Accenture in the Retail Management Consulting Practice. Jeffrey is an active board member and lead investor of Rational Vaccines, which is developing therapeutic and prophylactic live attenuated vaccines for HSV-1 and HSV-2. He also serves on the boards of Leading India’s Future Today, which offers educational programs attuned to sound economic thinking, and the Bartley J. Madden Foundation, which creates employment opportunities for those most in need. Jeffrey graduated from the University of Iowa with Business Honors and Distinction. 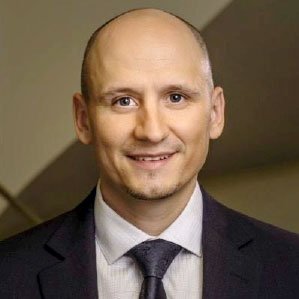 Rob Sullivan was born and raised in the south suburbs of Chicago and currently resides in Plainfield, IL. Rob attended the University of Illinois in Urbana where he received his B.S. in Accountancy. Rob also received his MBA from Loyola University, Chicago. Rob has served as the CFO of a commercial bank, a national law firm and most recently with Exact Data prior to it’s sale to Data Axle.
When away from finance, Rob enjoys coaching his kids’ youth sports teams. Rob has 2 daughters and a son. As a family, they enjoy traveling, swimming, hiking and playing board games. In his spare time, Rob manages a portfolio of rental real estate properties and enjoys getting his hands dirty doing the rehab work himself. 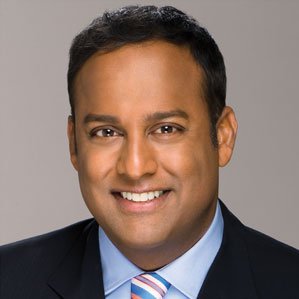 Ravi Baichwal is a Canadian-born American News Anchor who currently co-anchors the ABC 7 Weekend News at 5 and 10 PM. Additionally, he reports for ABC 7’s newscasts. The Emmy-winning anchor and reporter joined ABC 7 Chicago in November 2006. Ravi is the son of an Indian immigrant family. He knows first hand the impact of education and hard work. Ravi has been involved with LIFT for several years and regularly serves as emcee for its annual fundraising events. 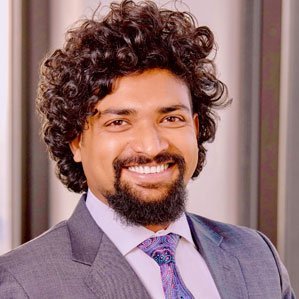 Growing up in India, Varun and his family were heavily involved with supporting non-profits involving children and education. He came to Boston to pursue a degree in Finance, then moved to Seattle to work with an investment startup. To pursue his dream, he relocated to New York City to work with an online stock brokerage firm. He is now a VP at JP Morgan Chase in Chicago. Varun holds degrees in Marketing, information Technology, Computational Mathematics & Data Analytics. He brings a diverse set of skills and a unique mindset to our Board and to LIFT. 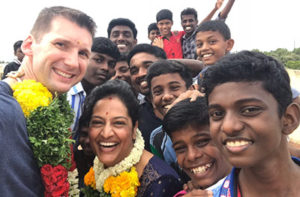 Heena is a long-time LIFT volunteer and former LIFT Associate Board member. She and her husband, Jim, have visited LIFT India and were very moved when they met the students. Heena is a manager at Grubhub.

Jim earned his MBA at DePaul University in Chicago, with a concentration in Finance. He received his B.A. in Economics from the University of Chicago. He is a Trader/Clerk at IMC and responsible for broker trader reconciliation, and records and manages market data. 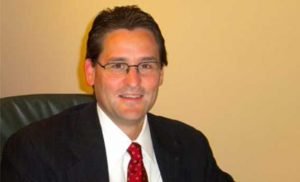 Outside of work Jim is involved in volunteer activities with Frances Xavier Warde School, including serving on the Finance Committee.

Jim received his Bachelor of Science in Finance from Illinois State University, is a registered CPA and member of the Illinois CPA Society and AICPA. 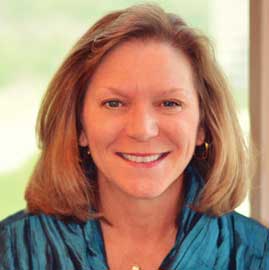 Lois Haubold is Executive Vice President and Co-Founder of Novus Law where she is responsible for leading the firm’s strategy, ethics, global service delivery operations, and client relationship management. She is a former member of the North American Business Process Outsourcing leadership team at PricewaterhouseCoopers and Vice President of Client Relationship Management and Alliances at a business process outsourcing company, where she was responsible for integrating clients’ needs with the firm’s global service delivery system in India.

Ms. Haubold serves on the boards of directors of Community Alternatives Unlimited. She received Master and Bachelor of Science degrees from the University of Illinois and a Master of Business Administration degree from the Kellogg School of Management at Northwestern University. 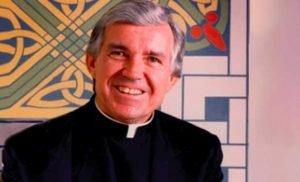 In March 2007, the Holy See appointed Father Jack Wall as president of Catholic Extension. In this role, Father Wall focuses his efforts on raising awareness and resources for the 94 dioceses that Catholic Extension supports throughout the United States.

Prior to leading Catholic Extension, Father Wall served 24 years as pastor of Old St. Patrick’s Church, the second oldest parish founded in the city of Chicago and one of the city’s oldest public building. Under his stewardship, this struggling urban church grew from four to 4,000 households, making it one of the most vibrant faith communities in Chicago today.

A lifelong Chicagoan, Father Wall was ordained on May 2, 1968, after receiving his master of divinity and STL from the University of St. Mary of the Lake/Mundelein Seminary. He has served on the faculty of Niles College Seminary at Loyola University and was vocations director for the Archdiocese of Chicago from 1979 to 1985.

Motivated by the Gospel call to serve the poor, Father Wall uses his inviting, pastoral approach to shepherd the nation’s Catholics in a mission to unleash the power of faith that transforms hearts, lives and society.

ASSOCIATE BOARD OF DIRECTORS 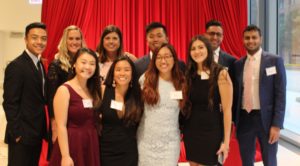 The vision of the LIFT Associate Board is to engage young adults in LIFT’s mission of transforming communities by educating children and creating future leaders.